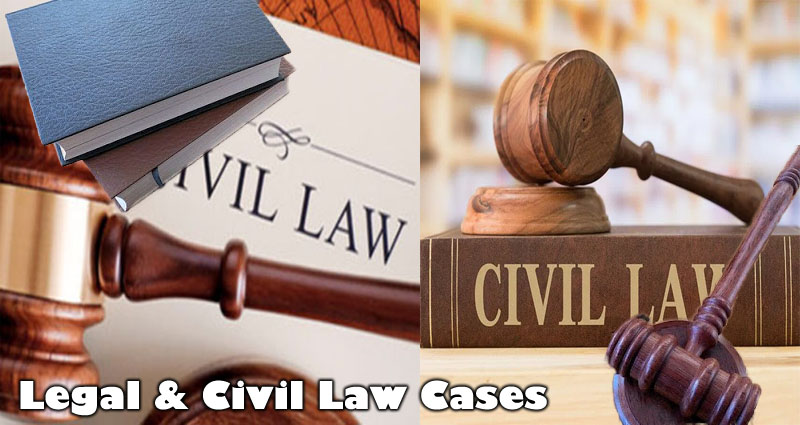 One of the biggest differences between a prison and civil law case are the punishments that are meted out. Depending on the severity of the crime, a person charged in a criminal law case has much more at risk. If found guilty, a person accused in a prison law case can be jailed for a very long time and even face the death penalty. The crimes in a criminal case are divided into two categories. The first is categorized as felonies and can carry the most severe of penalties. The second category in felony law is the misdemeanors. These are generally smaller infractions and result in lighter punishments. At the top of the list of felonies is the first-degree murder charge. This comes with the risk of the most severe forms of punishment. A person found guilty of a misdemeanor will most likely receive punishment in the form of fines, probation, or a short time in jail.

In a civil law case, the person charged will never receive a punishment like a person convicted in a felony law case; even if the crime is just as severe. A person involved in a civil law case can never even be sentenced to any jail time, no matter how short. Money, or damages, is what is being sought in a civil law case.

There are also differences in the way a case will be laid out in a civil law case versus a felony law case. In felony law cases, the plaintiff must build the case against the defendant and prove guilt beyond a shadow of a doubt. The defendant is considered innocent until this burden of proof has been acquired and a jury has been convinced of the guilt. In a civil case, the burden of proof is much less. If a jury finds that it is reasonably possible for the defendant to be guilty, then that is the verdict that will be handed down. The burden of proof need only be above 50% in a civil law case. If the defendant is found guilty and ordered to pay a large sum, the plaintiff may never see this money if the defendant does not have it. These differences remain, even when the crime committed is the same.

Why You Should Hire a Truck Accident Lawyer